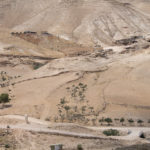 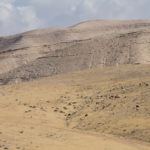 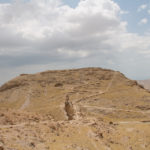 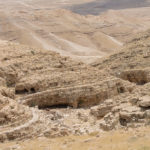 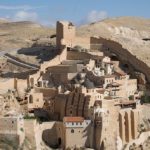 A 5th Century AD monastery, the largest in the Jerusalem Wilderness. The complex is built on the southern cliffs of the Kidron creek, and is protected inside a walled area with dozens of structures. It was established by Saint Sabas (Arabic: Mar Saba), and named after him. The monastery started as a place of seclusion of few monks in the caves, led by Sabas. Over the years it was built, expanded, and fortified. During the peak times it housed about 500 monks.