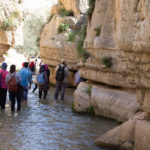 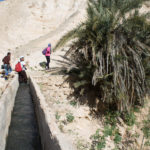 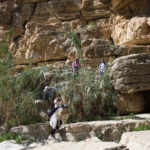 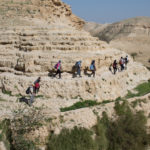 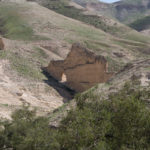 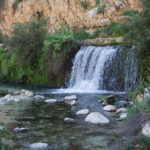 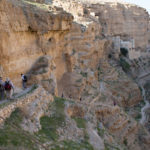 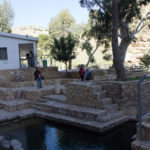 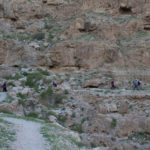 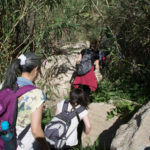 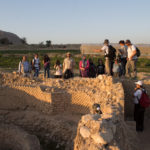 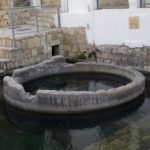 The middle spring of the Wadi Qelt riverbed. The riverbed collects rain water and the water from three springs, carrying the water from Jerusalem to the Jordan River. The spring is fascinating as it empties completely and refills again throughout the day. 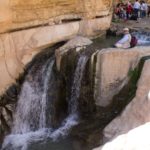 Ein Qelt is the third and last spring at Wadi Qelt 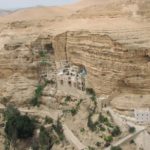 St. George’s Monastery is one of the most interesting attractions between Jerusalem and Jericho. You must get out and stretch your legs to enjoy the wonders of nature, architecture and religion all in one package. The Orthodox Monastery of St. George of Choziba in Wadi Qelt began in the fourth century with a few monks who sought the desert experiences of the prophets, John the Baptist and Jesus, and settled around a cave where they believed Elijah was fed by ravens (1 Kings 17:5-6). It is reached by a pedestrian bridge across the Qelt River canyon, which according to Christian tradition is identified to be Psalm 23’s Valley of the Shadow, and where shepherds still watch over their flocks, just as Ezekiel 34 and John 10:1-16 describe. Wadi Qelt parallels the old Roman road to Jericho, the backdrop for the parable of the Good Samaritan (Luke 10:29-37). 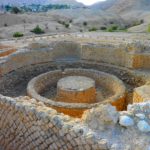 Located along the river banks of Wadi Qilt, 3 kms southwest of Jericho. It is identified with the garden city of Jericho during the Greco-Roman period which was described by the historians during the Hellenistic and Roman periods, such as Strabo, Pliny, and Josephus.

In addition to being the winter resort of the Herodian family, Josephus tells of Mark Antony gifting Herod's cherished Jericho balsam groves to Cleopatra.

The garden city also contains a network of water channels and aqueducts which were constructed to exploit the water from the surrounding springs of Ain Es-Sultan, Nueima, Ed-Deyuk, and Wadi Qilt. The first investigations at Telul Abu Alayeq were carried out by C. Warren in 1868, and by E. Sellin and C. Watzinger between 1909 and 1911.